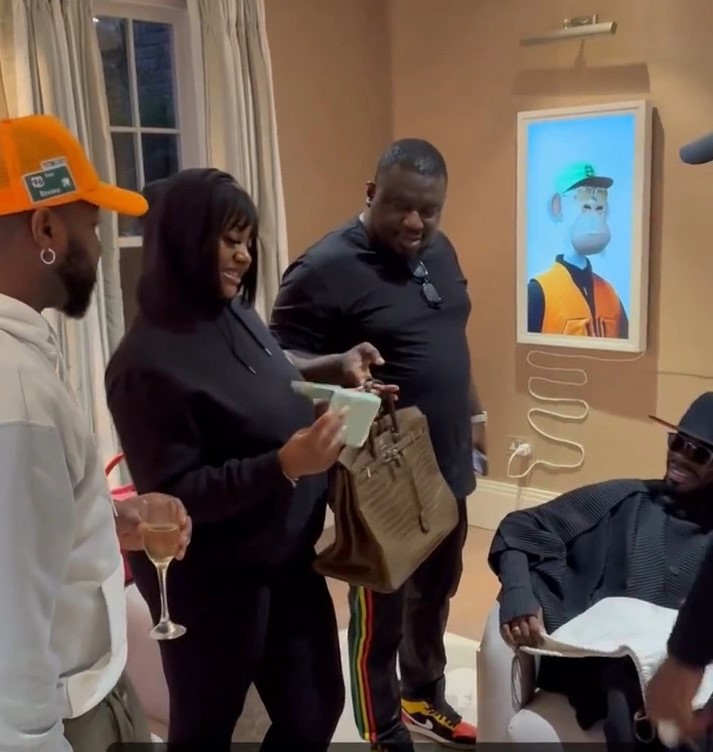 Davido, a well-known artist from Nigeria, recently posted a video on his Instagram story. He was with Pastor Tobi Adegboyega, Chioma, his attorney Soso Soberekon, and Chioma. When Pastor Tobi was seen giving Chioma an expensive designer purse, she and Davido both were very excited. Idoamebo reports.

Davido then gave him a salute and added that this is why he loves him. Then they both gave each other hugs.

Looking at the video closely, a little detail that could be overlooked is the fact that Pastor Tobi told her that she couldn’t carry the bag without the receipt. He then proceeded to give her the receipt for the bag.

Chioma’s face lit up with a big smile as she thanked him for the gift. The video was uploaded by Davido and he captioned it with “PT strikes again”. He is known to be a very close pal of Davido and the singer doesn’t fail to say how much he loves him. 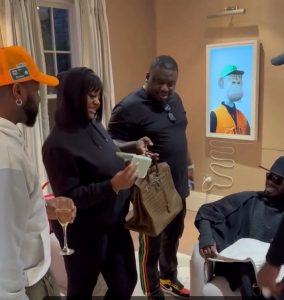 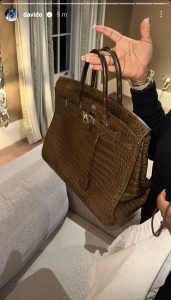