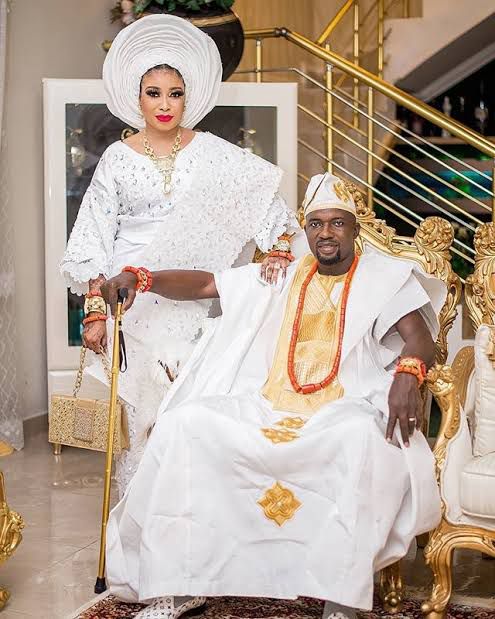 Group Condemns the Police’s ongoing harassment of one Folashade on the ex-orders. husband’s

A group of women has denounced the ongoing harassment of Mrs. Sariyu Folashade Olalude, a young mother of two, by men from the Nigeria Police at Victoria Island, Lagos. She was purportedly detained after being forcibly taken into custody and later released.

The group while narrating that Folashade has been routinely abused and her rights violated added that her former husband, Adegboyega absconded their marriage in 2020 three years after they were married and abandoned Folashade with their two kids, Lateefat Lawal, born in 2017, and Khadijat Lawal born in 2020 without performing his fatherly responsibilities.

It says Adegboyega started living with Elizabeth Ibukunolu Anjorin AKA “Liz Anjorin” and eventually got married to her.

Folashade according to the group lodged a formal complaint with the Nigeria Police and an invitation was extended to Adegboyega but he never honored it.

“We wish to add at this juncture that the said Elizabeth Ibukunolu Anjorin a few days ago issued a public notice via social media through https://www.fb.watch/fdwl-9KOwh/ which she threatened to violently eliminate immediately Sariyu Folashade Olalude as soon as she locates her residential address. This threat is not something to be taken lightly, as the state of security in the county is not at its best right now. ”

Beatrice Bello alleged that Folashade was kept in custody in solitary confinement and was been denied access to her lawyers and family members and even food, up until she was just released.

This is even though Adegboyega has filed a suit with No: FHC/L/CS/1488/22: against Mrs. Sariyu Afolashade Olalude yet he has resorted to the use of the police to harass and intimidate her.

“Alhaji Adegboyega would at least maintain the status quo, but no, he deployed the police to attack and harass and intimidate Folashade while his case against her is still pending before the Federal High Court Lagos.

“It is sad to note that, the security apparatus of this country which is constitutionally and institutionally meant to protect the lives and properties of the citizenry have been hijacked for the private enjoyment of a privileged few, in the instant case, we dare say a popular few to the detriment and injury of those whom the classiest considers helpless. We must raise and condemn this type of action in the strongest terms.”

She, therefore, called on the Inspector General of Police, IGP Usman Alkali Baba, Lagos State Governor, Babajide Sanwo-Olu, and other rights groups to come to the aid of Folashade and her kids.

All efforts by our correspondent to reach Adegboyega and his new wife for comment were unsuccessful.