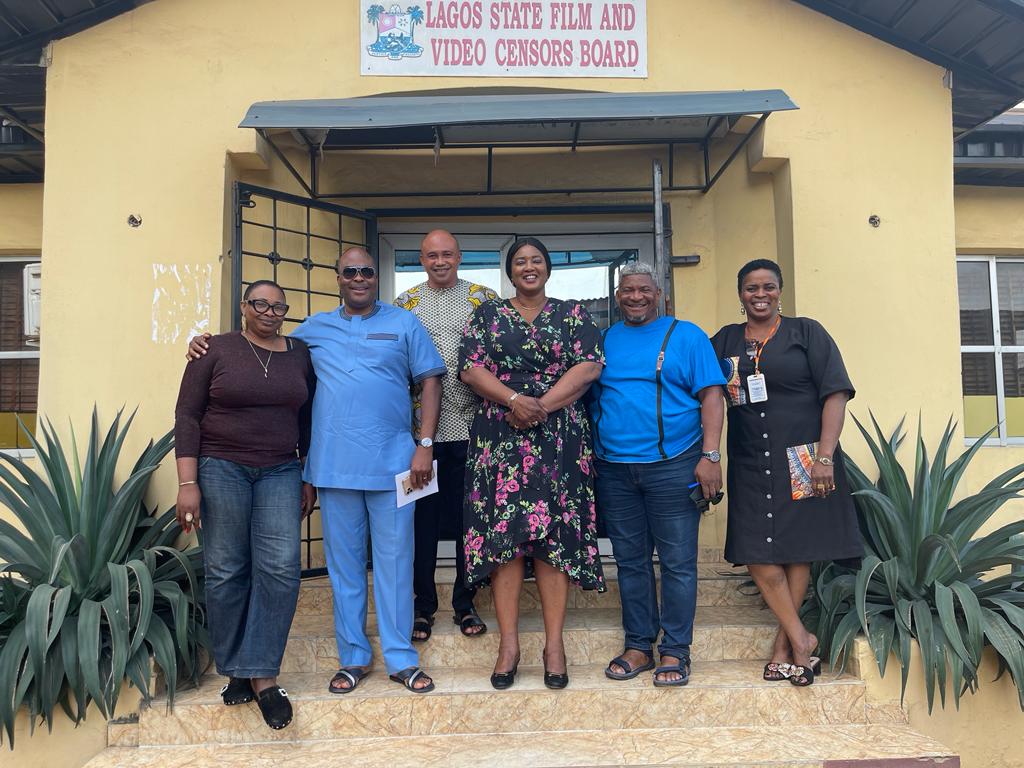 The Lagos State Film and Video Censors Board received some Nollywood veterans who paid a courtesy call to see the executive secretary, Mrs. Bukola Agbaminoja.

Mr. Paul Obazele who spoke on their behalf said the purpose of the visit is two-fold; to appreciate his Excellency, Gov. Babatunde Sanwo-Olu for introducing the Lagos Film Fund (which is the first of its kind) and to also appreciate Agbaminoja for her efforts in the Agency, which has helped in sanitizing the industry.

He also urged and encouraged industry practitioners to join forces with the government to make the film industry better.

In her response, Mrs. Agbaminoja welcomed the visitors and on behalf of the governor acknowledged their appreciation, she also assured them that Gov. Sanwo-Olu being a man of his word will fulfill and complete the great things he has started.