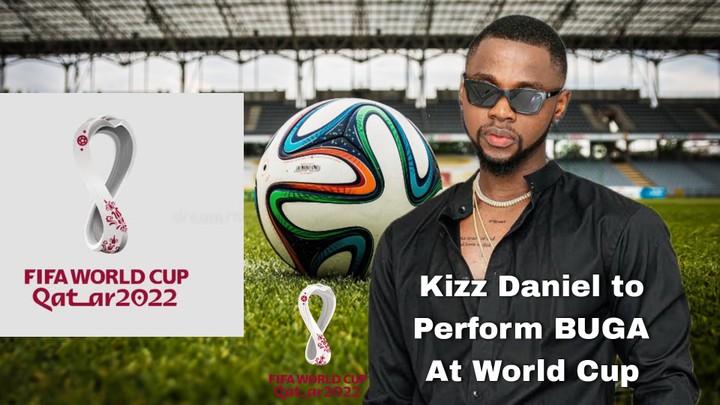 A few months ago, Kizz Daniel tweeted that he would love to perform his hit single ‘Buga’ at the World Cup.

The fact that Kizz Daniel will now perform in the opening ceremony of the 2022 FIFA world cup in Qatar will seem to indicate that the universe has answered Kizz Daniel’s request.

This news was broken by Kizz Daniel on his official Twitter account where he revealed that his prayers to perform at the world cup has been answered.

Kizz has enjoyed a successful 2022 with his single ‘Buga’ becoming one of the biggest singles out of the continent.

After embarking on a successful ‘Afroclassic Tour’ of the UK, US, Canada, and selected African countries, Kizz Daniel is set to take ‘Buga’ to the biggest event in the football sport.

Nigerians and Kizz Daniel’s Fans will be excited at the news of getting to see Nigerians and their favorite artists perform at the World in what is another high point for Afrobeats.

I hope you all enjoyed the video. Please, don’t forget to like, comment, and subscribe for more. I recommend you watch some of my other videos you might find interesting. See you guys, soon.