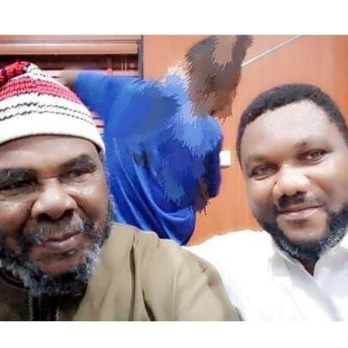 Nollywood actor Kingsley Abasili claims he has been approached by media organizations and told to claim that Pete Edochie is his biological father as a requirement to become famous. Idoamebo reports

Kingsley Abasili has throughout the years gained notoriety for his uncanny likeness to legendary Nollywood actor Pete Edochie.

According to Kingsley, the media houses gave it as a condition for him to get promoted in the industry which he rejected because of the love he has for Pete Edochie.

“For those coming to my inbox to mock me, I’m not popular because I refused to be. Media houses approached me asking me to declare Pete Edochie my biological father but I refused. That was the condition I was given to become famous but I see no reason to do such.” 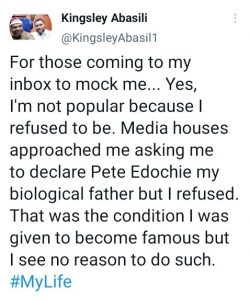