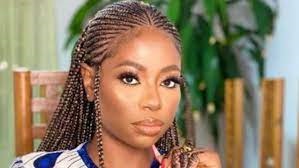 After Ifeanyi Adeleke passed away, a mother who had been quiet on social media has now started talking again.

Sophia asked for more tolerance and empathy for everyone around her while using Snapchat.

She saw that each person is genuinely engaged in their own struggles.

She said: “Everyone’s really fighting their own battles. I pray God helps me to be more patient and empathetic with everyone around me. Life is not easy”.

It was reported that he drowned as a result of drowning in a pool at his father, Davido’s residence in Banana Island.