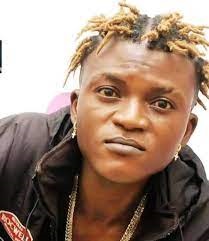 Controversial Portable, a Nigerian artist, fired all of his studio staff after only earning N7,000 in one month while he was on tour in Europe.

Idoamebo reports that the proponent of Zazzu, who made this announcement on his Instagram page on Thursday, revealed that while he was on his European tour, which lasted just over a month, the workers only made N7,000, whereas he generates up to N15 million from his studio in just five days.

Portable said he had no option but to fire all his staff at his Zeh Nation studio for not making a reasonable amount of money in his absence.

Posting a video alongside the post, Portable said he asked those working in his studio to leave because they refused to blow and were only after his money and wondered if it was a crime for him to help them by giving them jobs.

“I rebrand my studio, people I put in my studio refused to blow, I build a studio, they didn’t deliver my money, them dey chop my money.

“Studio wey be say anytime I record, I make 2 million, 3 million, in 5 days I fit make 15 million when I traveled and return they said they make 7000 naira. ZEH Nation to de World,” he wrote.