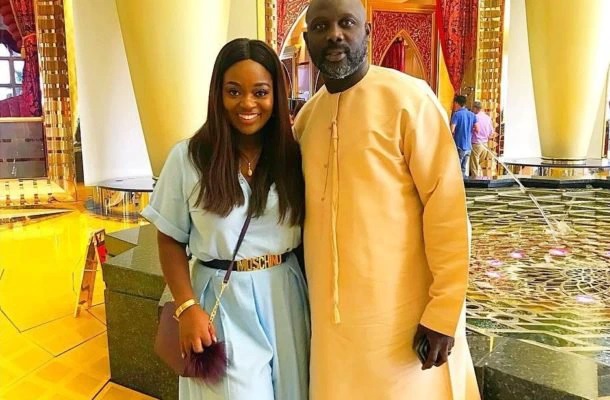 For approximately two years, rumors concerning Jackie Appiah, a Ghanaian actress, and George Oppong Weah, the president of Liberia at the time, circulated on the internet. Idoamebo reports.

Even more recently, a rumor that caused a contentious internet debate stated that Jackie was carrying a child for George Weah.

After Jackie wished George Weah well after he won the Liberian presidential election, rumors that the two are secretly dating began to circulate.

And that post appeared to confirm some kind of relationship with the former Liberian international football player.

According to a recent viral rumor that has now spread widely on the local media landscape, Jackie will wed George Weah on Saturday, December 10, which is this weekend.

The authors of this unconfirmed report assert that the Ghanaian actress, who was born in Canada, has consented to become George Weah’s second wife.

It is currently very difficult to confirm the rumors because there is currently no indication of a potential wedding this coming Saturday on any of Jackie Appiah’s social media profiles.

We are closely monitoring this story as it develops and will provide you with relevant updates as the days pass.