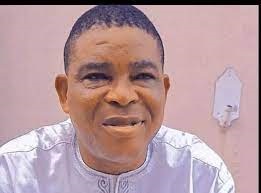 The dead was also Abidemi Adebayo, better known as Isbae U, a well-known producer of skits.

The actor’s passing was reported on Tuesday by Musiliu Akinsanya, alias MC Oluomo, the chairman of the Lagos State Parks and Garages Management Committee.

It is with a heavy heart that I announce Alhaji Kamal Adebayo’s passing, writes MC Oluomo (Sir Kay). May Allah give him rest in the hereafter. Adieu, Sir Kay.

Other Yoruba actors and actresses have paid tribute to the dead on their Instagram sites in the wake of the announcement.

Sharing the picture of a lit candle, Faithia Williams, wrote, “What a life. God… Sir Kay”, accompanied with crying emojis.

Isbae U, however, is yet to speak on his father’s demise as of the time of filing this report.