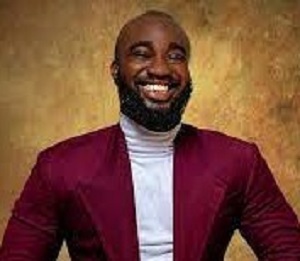 Emmanuel Ayilola, a Nigerian film producer, has urged the government to support and foster an environment that will allow the entertainment industry to flourish in the nation. He claims that by doing so, the industry will significantly reduce youth unemployment and generate significant revenue for the Nigerian government.

Ayilola, who described the entertainment industry as expensive and profitable, lamented that government was not doing anything to support the industry and its practitioners. Idoamebo reports.

He spoke with our correspondent in Akure, the Ondo State capital, on the state of entertainment industry in Nigeria.

He said, “The entertainment industry is a profitable sector. Nigerians are making it from the different sectors that form the industry. But unfortunately, the government is not investing in this industry. The government is doing nothing or less to support this industry. To shoot a film is very expensive. To even promote a talent requires a lot of things that lean on capital.

“How many studios does our government have? Are people getting loans from the government? No bank is willing to give loans to players in this sector. What support are people in this industry getting from the government? I know how much I have spent now to establish a studio. It takes the grace of God to succeed. We are not yet there but at least we thank God we started from somewhere.”

The film producer, who is also a lawyer, noted that there was a need for the establishment of a ministry that would be dealing with entertainment only to properly address the challenges facing the industry.

“Our government must support this industry. They must create an enabling environment for the players in this industry to be able to succeed. Even getting relevant licenses is not easy.

That’s why I felt creating the Nigerian ministry of the entertainment industry is not bad. A lot of things will be sorted out if this is done. It will be the sole business of the ministry to handle everything that has to do with entertainment. Existing agencies would operate under the ministry. This is achievable because the industry is big,” he stressed.

Ayilola also called for legislation on entertainment business from the National Assembly to promote and protect the industry, saying the issue of piracy was a major challenge facing the industry and needed the support of the government to tackle the menace.