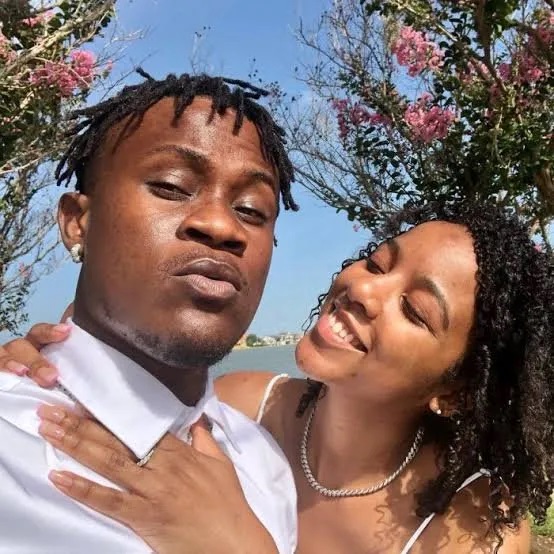 Dotman and his wife argue live on IG, saying, “Let’s get divorced.”

Dotman, a Nigerian artist best known by his stage name Olatunji Alade, and Madison, his American wife, got into a furious disagreement during an Instagram live session.

Idoamebo reports that the 29-year-old was seen requesting a divorce and implying that he was sick of the marriage in a now-viral video.

It was not clear what led to the confrontation.

During the dispute, Madison was seen packing her bags while trying to leave the house with their children.

Dotman, however, tackled Madison for trying to leave with their children.

He called out Madison for always trying to frustrate his plans to get a divorce.

The musician also revealed that his wife is pregnant with their third child.

“I said let’s go and get divorced, you said you’re taking the kids away to your mum. Why will you take my children…,” he said.

But Madison fired back, insisting she has the right to take the children because she is responsible for their upkeep.

“I’ve been doing doing everything…they (children) are my responsibility,” she said.

In his reaction, Dotman slammed her for insinuating he is “useless”.

In his response, the singer said: “You see, it’s you who do everything. She does everything, I’m useless, me staying here is just uselessly staying (sic).

“Everytime I say we should get a divorce, we are always having issues…you don’t want us to get a divorce. You have my third inside you and you said you’re going, where are you going to?

“The only thing I want you to do now is take me to court, I’ll lay the complaint for a divorce.”

Singer, Dotman and his oyinbo wife talking about divorce pic.twitter.com/mQvVY3rVSd