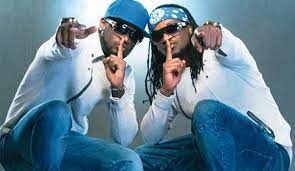 Psquare will release their debut album since their reunification.

Idoamebo reports that one of the partners in the partnership, Peter Okoye, recently tweeted about the new endeavor while sharing clips from a show.

He said it was intentional that the group didn’t release any body of work in 2022 despite their reunion.

The strategy, he said, was to reignite memories of their old hits by performing them in shows.

“Yes, it was a game plan not to release any New album after the reunion!” the singer’s tweet read.

“Cos we wanted to tour around the world for a year with our old classic hit songs! And trust psquare.

Peter and Paul Okoye, his twin brother, parted ways in 2017.

The separation was said to have followed a discord on the role of Jude Okoye, their older brother, as manager.

In November 2021, they ended their nearly five-year feud.

The duo held their first headline concert later in December that year.

In June, Paul revealed that the Psquare split was caused by a family-related issue and not music.

He said “Psquare was just the sacrifice” in the situation.

In March 2022, Peter blamed the constant comparison of him to his brother among fans.

He said many often argued about who is better between them both.

Since their reconciliation, the twins have released two singles titled ‘Jaiye’ and ‘Find Somebody’.