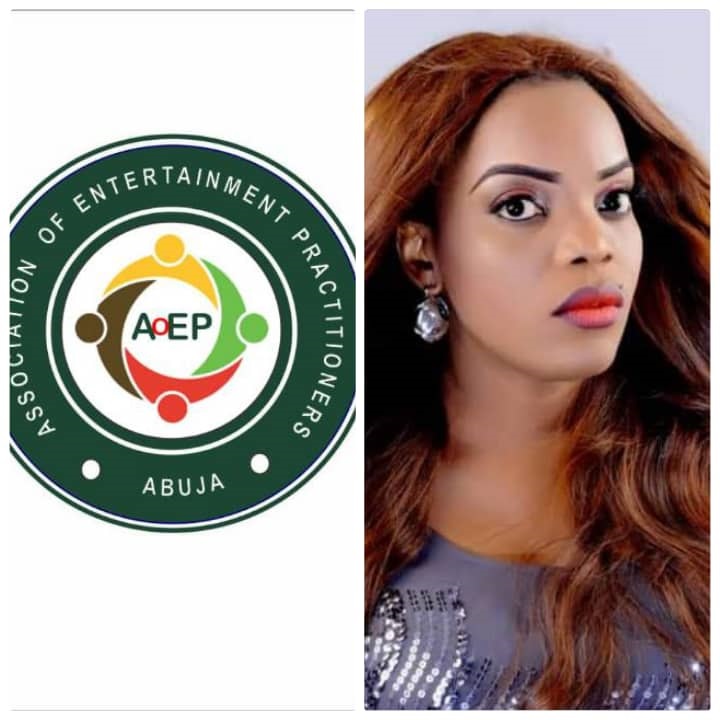 Leaked Video: Empress Njamah is supported by the Association of Entertainment Practitioners.

Idoamebo reports that in response to Empress Njamah’s leaked video, the Association of Entertainment Practitioners of Nigeria on Monday declared its support for the Nollywood actress.

A statement signed by the president of the Association, Agility Onwurah, and obtained by our correspondent, stated that the nude video leak is nothing to worry about, adding that the explicit material would not reduce the pedigree of the the film star.

While appealing to online media practioners to cooperate with the association, Onwurah said that the association would deploy every available legal option to ensure justice in the matter.

The statement partly reads: “Our great association makes bold to say that the video does not in any way reduce the enviable personality of Njamah who has distinguished herself in the industry both in character and professional prowess and her image is not in any way at stake as she did not indulge in any scandalous affair.

“We are not oblivious of the circumstances that led to the leaked video as she was said to have called off her engagement to an enemy in disguise who goes by the name Josh.

“We make bold to say that the video is a regrettable height, undesirable elements can desperately go in proving a point where none exists, and it leaves us to wonder what the suspect seeks to achieve with his demonstration of frustration and low life.

“The perpetrator had intended to malign and cause hate and disaffection in the minds of right-thinking members of the public against the fine actress, Empress Njamah but he has succeeded in exposing his low life and never-do-well spirit inhibiting him.

“This is not the first time our people are coming across such a scenario. In fact is a recurring decimal that induces little or no euphoria. What is however worrisome is now a man who was preparing for marriage, a man who claims to have attained maturity and ready to house a wife and father children could stoop so low and debase himself even lower than could ever be imagined that a right thinking person can go.

“What is more cheering to our great association and indeed Nigerians is that they understand the character of Empress Njamah who has consistently remained a model of decency and sound character even right from her teenage age. Never has she been associated with any scandal of any form.

“Whatever thing that may have transpired between her and the fellow who claimed to have loved her was just an honest act of trust which does not in any way impede on her morals.

“We are by this statement calling on the Nigerian Police, the DSS and INTERPOL to track and arrest the blackmailer so that he will answer for his deeds. Our association will continue to protect the image of members against desperate blackmailers whose aim is to undermine years of hard work and efforts to build a flourishing career.”