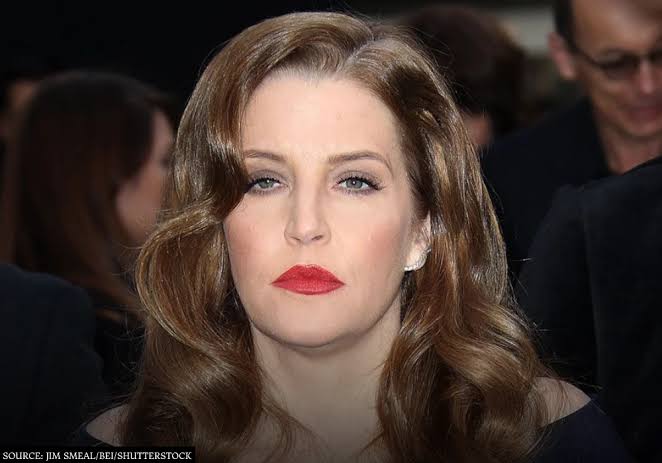 Idoamebo reports that after being admitted to the hospital earlier in the day, singer Lisa Marie Presley, the only child of the King of Rock ‘n’ Roll Elvis Presley and his wife Priscilla, passed away on Thursday. 54 years old.

She experienced a complete heart arrest on Thursday, and TheNEWS had previously reported that she was taken to the hospital.

In a statement to People, Priscilla Presley confirmed, “It is with a heavy heart that I must deliver the devastating news that my darling daughter Lisa Marie has left us.

“She was the most passionate, strong and loving woman I have ever known.”

According to the news reports, paramedics responded at 10:37 a.m. on Thursday to a report of a woman in full cardiac arrest at Lisa Marie Presley’s home in Calabasas, California.

The Los Angeles County Sheriff’s Department later said in a statement that EMTs performed CPR and “determined the patient had signs of life” before transporting her to a nearby hospital.

News of Lisa Marie Presley’s death came just a couple hours after her mother tweeted out a request for prayers and confirmed that her daughter had been rushed to the hospital and was receiving treatment.

Born in Memphis, Tennessee in 1968, Presley followed in her father’s musical footsteps and released three albums over the course of her career as a singer-songwriter, including To Whom It May Concern, Now What, and Storm & Grace.

She also performed duets with old recordings of Elvis for the songs “In the Ghetto,” “Where No One Stands Alone,” and “Don’t Cry Daddy.”

In 1980, after the deaths of her grandfather and great-grandmother, she became the sole heir to the Presley estate. She went on to serve as the chairperson for The Elvis Presley Charitable Foundation and was involved in several other charities in her father’s name.

Her death comes just two days after she and her mother attended the Golden Globes alongside Elvis star Austin Butler.

In his acceptance speech, Butler thanked the Presley family for “opening your hearts, your memories, your home” as he prepared for his role in the Baz Luhrmann biopic.

In her personal life, Presley was previously married to Danny Keough, Michael Jackson, Nicolas Cage, and Michael Lockwood. She is survived by her three daughters, actress Riley Keough and twins Harper and Finley Lockwood.

In June 2019, she revealed her ongoing divorce battle to Michael Lockwood, with her addiction to opioids becoming a focal point of the proceedings.

She opened up about her addiction to painkillers in the foreword for Harry Nelson’s book The United States of Opioids: A Prescription for Liberating a Nation in Pain, according to Yahoo at the time and says she is ‘grateful to be alive today.’

“You may read this and wonder how, after losing people close to me, I also fell prey to opioids,” she wrote.

“I was recovering after the [2008] birth of my daughters, Vivienne and Finley, when a doctor prescribed me opioids for pain,” she added.

“It only took a short-term prescription of opioids in the hospital for me to feel the need to keep taking them’ due to their dangerous addictive properties.”

The divorce was finalized May 2021, following a decade-long marriage.

Last August, Presley wrote an essay for People reflecting on her grief after her son Benjamin Keough died by suicide in 2020. “I’ve dealt with death, grief and loss since the age of 9 years old,” she wrote. I’ve had more than anyone’s fair share of it in my lifetime and somehow, I’ve made it this far.”

Lisa Marie was also married to pop idol Michael Jackson from 1994 until 1996.

She has vehemently defended the Thriller singer – who died in 2009 from a drug overdose – after he was accused of child abuse.

The 54-year-old has always maintained their relationship was real and that they had ‘a healthy and normal sex life.’

“I believed he didn’t do anything wrong, and that he was wrongly accused and, yes, I started falling for him,” she said.

“I wanted to save him. I felt that I could do it.”

Speaking to Oprah Winfrey in 2010, she said that their romance failed because he led an unhealthy lifestyle.

“There was a very profound point in the marriage when he had to make a decision. Was it the drugs and the sort of vampires, or me? And he pushed me away,” she said of the two-year marriage.