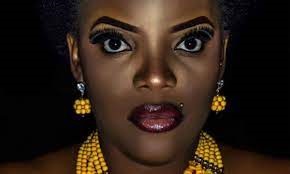 The actors Guild of Nigeria, which represents Nigerian actors, has criticized the actress Empress Njamah’s distribution of her naked recordings.

Idoamebo reports that Wade created a WhatsApp group where he added a number of people and began posting naked videos he took of the actress in her house, including innocent videos of her taking her bath.

Wade has, however, distanced himself from the report as he claimed he was not responsible for the dispersal of the nude videos.

Reacting, the National President of AGN, Ejezie Emeka Rolls, in a statement signed by the Director of Communications, Kate Henshaw, described the act as not only criminal but evil.

The statement reads in part, “We vehemently condemn the release of private videos of our member, Empress Njamah on social media.

“This act of blackmail calculated to smear the image and publicly ridicule her by a man who claimed to be her lover is not only criminal but also evil and unacceptable.

“It is worthy to note that exposing nude videos and photographs of a person that injure her right to privacy is a serious offence.

The body said it stands with Empress Njamah and shall provide her full support in areas of counseling to aid her recovery from the psychological and emotional trauma she is currently passing through.

The statement added, “We have been in forefront of a campaign of violence against women and we view the action of this so-called evil lover man as an act targeted at eroding her dignity and self-respect.

“We call on the law enforcement agents to apprehend the culprit and ensure he faces the full wrath of the law for violating the right and dignity of Empress Njamah.

“We urge her fans to give her their full support at this time. She will come through this stronger and better.”