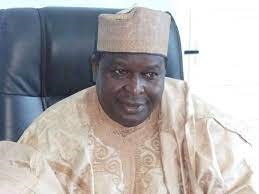 Runsewe commemorate with the family of late Peace Anyiam Osigwe

Runsewe, who is also President, Africa Region of World Craft Council (WCC), said the death of AMAA founder left a vacuum difficult to fill and prayed God to give the family, and the entire Nigerian culture and entertainment sector the fortitude to bear this sudden tragic loss “in a year, the industry is looking up to create more jobs for youths in Nigeria.”

“What a loss to our nation and industry. On behalf of NCAC, my family and the entire Nigerian and African cultural tourism industry, I condole the Anyiam-Osigwe family.”

Peace Anyiam-Osigwe who was also the President, Association of Movie Producers in Nigeria, died at a Lagos hospital.

Similarly, the NCAC boss also commiserated with Mrs. Chika Balogun, former Director General, National Institute for Hospitality and Tourism Studies (NIHOTOUR) who lost her husband recently and who had been interred according to Muslim rites of passage.

“Mrs. Balogun is a valued partner and sister and we at NCAC send our heartfelt condolences, wishing Chika to stay strong over the loss of her dear husband,” Runsewe stated.

Also, Runsewe sent a condolence message to Mrs. Chioma Ezike of Radio Nigeria and Justina Okpanku of Just Tours, both lost their father and mother respectively.

“These are trying times for our friends and partners and we thank God for the lives of their parents who lived their full age and gave us these brilliant culture journalists who have been making contributions to the growth of the culture economy.

“NCAC stands with you both at this hour of your parents’ passage. Please remain strong,” Runsewe prayed.