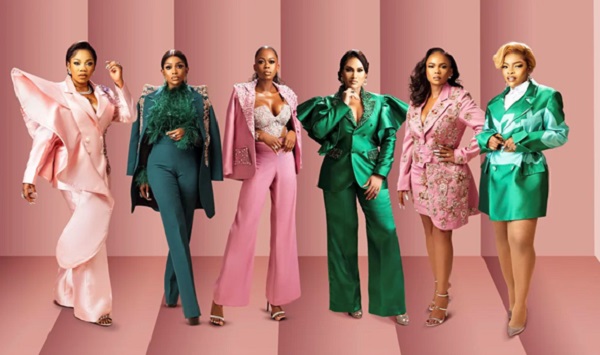 RHOLagos was one of Showmax’s most-watched shows in 2022.

The Real Housewives of Lagos (RHOLagos) has been ranked among the most watched shows for 2022 on Showmax.

Showmax revealed that RHOL and other Nigerian shows were the most popular on its streaming service in 2022. Idoamebo reports.

RHOLA is a spin-off from the Real Housewives franchise, and it was produced by Livespot 360.

The show broke first-day streaming records in Nigeria following its launch in April 2022.

It was also at the top of Twitter Nigeria’s trends list and remained on the list for the 14-week duration of the show.
The Lagos premiere was streamed on Tik Tok and earned over 20,000 views.

Another Nigerian show that made it to the list was “The Buzz,” a Big Brother Naija spinoff that was hosted by Toke Makinwa, the Nigerian media personality.

“The Buzz” featured guest discussions on secret diary sessions, evictions, and reunions for the 72-day duration of the BBNaija show.

Showmax originals such as the 2022 Nigerian series “Flawsome,” “Diiche,” and the South African reality series “Real Housewives of Durban” made the top ten list as well.

International series weren’t excluded, as the 2023 Golden Globe “Best Drama Series” winner “House of the Dragon” and “The Sex Lives of College Girls” made the list.