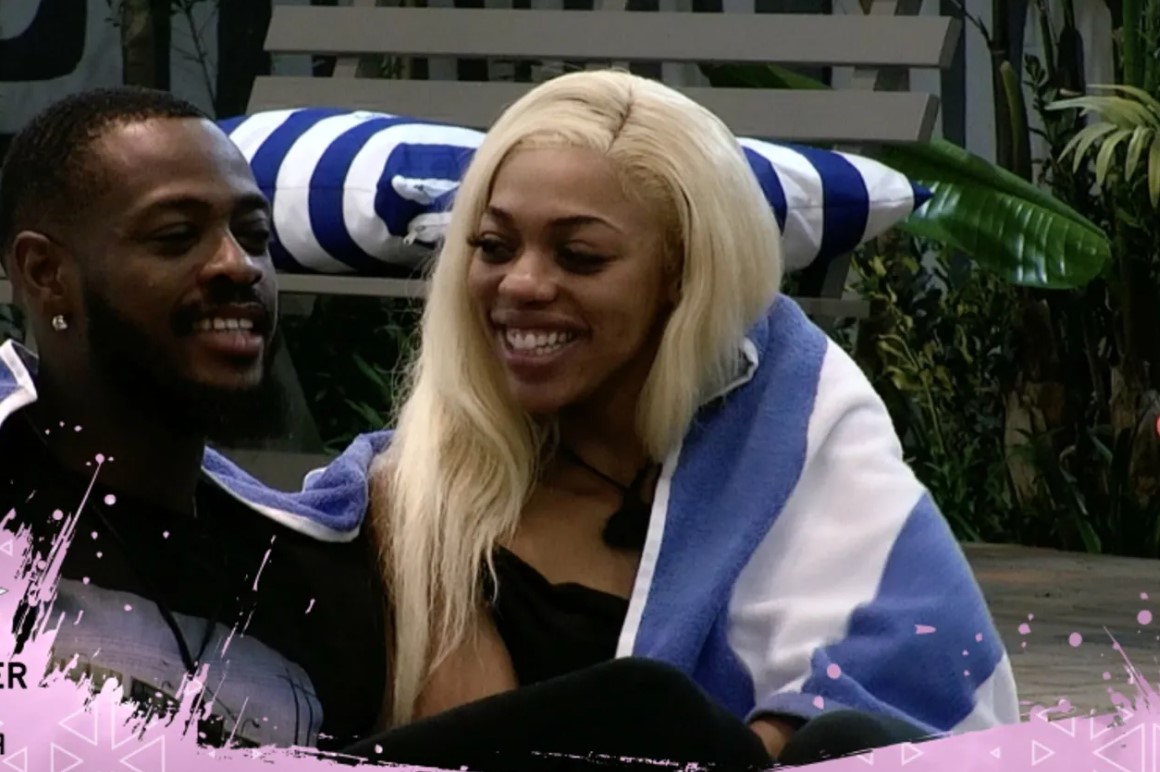 Khosi and Yemi Cregx had a steamy conversation in the early hours of the day when they spoke about the bond they share. Idoamebo reports.

The two hit things off immediately upon entering the house as the first two housemates of the season. Their closeness, however, seems to be an issue for Khosi, who expressed concern about people’s perceptions. Yemi agreed, saying he feels he has to play it safe with her because she is in a relationship and wants to be mindful of how people will perceive her. Khosi agreed with him and decided they both had to end whatever it was that was going on between them

Is this all a ploy from both sides? Are they playing a game with each other? We’re not sure, but we were left asking these questions … as the two were later spotted sharing a bed in the early hours of the day.

While they were not-quite-slumbering, Yemi Cregx’s hands were going through assorted contortions in an effort to be on Khosi’s body. ? Khosi – feeling the vibe – asked Yemi Cregx if he wanted a kiss and went on to express that she wasn’t looking for a husband but just gravitated towards him. Yemi Cregx denied wanting to kiss her, but his hands seemed to tell a different story.?