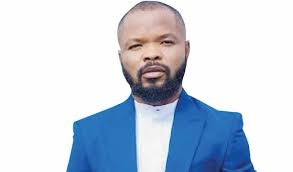 Nedu’s remark about female housemates is slammed by BBNaija stars.

Reality TV stars from the Big Brother Naija show have slammed on-air personality Chinedu Emmanuel, popularly known as Nedu, over his comments about female contestants on the show.

Nedu had claimed that many ladies get on the popular reality TV show, Big Brother Naija, to get “customers” and sell their bodies. Idooamebo reports

Nedu said this during an interview with Big Brother Naija’s “Level Up” housemate, Doyin, on his podcast, The Honest Bunch, published on Monday.

He said, “You know what Big Brother does for you—it takes you from here and shoots you up, but there is no substance to hold you on to.”

Most of them get to offer “na kpekus” (a slang term for female sex organ); they go there specifically to get “customers.”

Following his comment, BBNaija stars slammed the OAP, as they faulted the trend of tagging female Big Brother housemates as people who use their bodies to make money.

BBNaija season 7 ex-housemate Kesiena Adjekpovu, popularly known as Kess, took to his Twitter handle on Tuesday to address the issue.

Angel wrote on Twitter, “This is all so old and boring.” I don’t know why men can’t just mind their business.

“So many women have come out of Big Brother to become actresses, start businesses, and actually have a solid brand, but because y’all are so misogynistic and uninformed, you say rubbish.”

“Every time, it’s a man in the industry slut-shaming women.” You’re over 40. If you want a sugar daddy, then maybe get one. Nobody is stopping you.

“Look how happy he is saying it. You people will shame women for having consensual sex and be surprised when men sexually assault women.

“Men are very jealous of women, and I don’t understand why you’re upset about a grown woman’s vagina.”

“That’s why blogs thrive on bringing down the women in Big Brother; they’re some of the most hardworking people I’ve met, especially the ones you guys slut shame a lot.” Close your mouth, losers.

“Like this topic pisses me off so much, then you people will come online and say, “Nawa o,” so she f**ks for money and she’s oppressing us; don’t believe everything on social media.”

“Nobody is oppressing you, my dear.” “You’re just a jealous rat.”