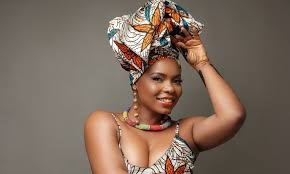 “Mama of Africa” Yemi Alade has shared a cryptic post following reports that she is allegedly expecting her first child with Togo’s president.

This comes after an Instagram blogger simply known as “Johny Johny” crooner claimed that the singer was carrying the baby of Togo’s president, Faure Essozimna Gnassingbe Eyadema. Idoamebo reports

According to Johny, the 33-year-old singer and the president have been dating since 2017.

He said: “Nigeria singer Yemi Alade is currently pregnant with the president of the Republic of Togo.” Yemi has been dating the president since 2017. But four days ago, it was confirmed that she is carrying a child for the Togolese president.

Yemi Alade, via her Twitter handle on Wednesday, shared a pregnant emoji accompanied by a funny emoji shortly after the report went viral.

In another tweet, the talented singer noted that January is underway.